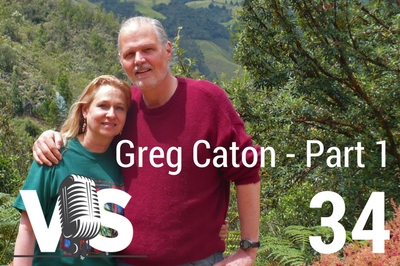 He graduated from L.A. Valley College (’75); am a U.S. Navy veteran (’75-’78), and is the author of 4 books, Lumen: Food for a New Age (1986, an interdisciplinary work on vegetarianism and the role of meat analogs, with over 45,000 copies in print); MLM Fraud (1991, on corruption in the multi-level marketing industry and the tools to identify the work of its perpetrators — since banned in the U.S.); Meditopia® (2004-2012: an ongoing project and free online read); and The Gospel of 2012 According to Ayahuasca (another free online read).

In 1984 he founded Consumer Express, which later became Nutrition for Life International (briefly traded on the NASDAQ stock exchange as “NFLI”). Later I founded Lumen Foods (1986), and its internet site (soybean.com, 1995), which currently manufactures the best-selling vegetarian “meat” snack on the North American continent, Stonewall’s Jerquee.

In 1995 he created Alpha Omega Labs (herbhealers.com / altcancer.com), which became a provider of over 300 alternative health products with 14 distributors around the world, before its closure by the U.S. Food & Drug Administration in September, 2003.

It successfully re-opened in Ecuador in June, 2008.

Alpha Omega Labs is best known for Cansema® — an effective cure for skin cancer, based on suppressed formulary information dating back to the 1850’s. Over a 20-year period, Alpha Omega Labs has been responsible for curing thousands of cancer cases. The corruption surrounding the circumstances of its closure (from 2003 to 2008) is one of the topics in the free book called Meditopia®.

The cure for cancer exists. But the big business of pharmaceutical companies and their government cronies don’t want you to know about it. If you did they would lose billions of dollars in revenue – and many politicians would be out of a job because their corporate kickbacks would stop coming.

They want you to remain ignorant about the natural remedies that could cure the cancer issues you may be struggling with – so badly that they’ve trumped up charges against the man who discovered and formulated the cure. Greg Caton has spent much of his adult life dealing with the persecution and abuse that has come from the United States government because of the medicinal products he’s created and sold. You can hear his story on this episode.

When you have to leave the country in order to be safe from government harassment and abuse, it’s a sure sign you’re onto something important. Greg Caton was so dedicated to the production of his cancer-killing products that he was willing to go to prison rather than stop. Since that time he’s been released and has moved his operation offshore to avoid the long arm of the governmental systems that would try to stop him.

If you want to hear a story that sounds like it came straight out of Hollywood – conspiracies, raids and arrests, harassment and kidnapping – you’ll want to hear Greg’s story. It’s almost unbelievable that such things could happen to a man who is trying to spread the cure for cancer, but it did happen. So fasten your seatbelt. You’re in for a wild ride on this episode.

If you’d like to learn more about Greg’s work and the products he’s created to help cure cancer in various forms you can do so by visiting his company website – http://www.altcancer.com – and browsing through the various formulas he’s created. Be sure to listen to next week’s episode (9/14/16) to hear the details about Greg’s formulations and what they do to cure various types of cancer.