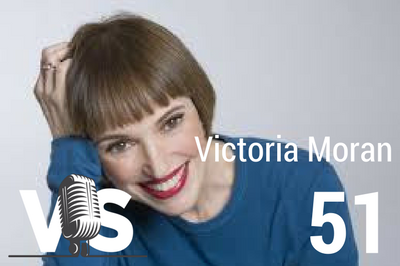 Victoria is an obesity survivor, maintaining a 60+-pound weight loss, and She is the bestselling author of twelve books, including Creating a Charmed Life (in 30 languages around the world) and the gentle weight loss classic, The Love-Powered Diet, and the iconic Main Street Vegan. Her latest book is The Good Karma Diet: Eat Gently, Feel Amazing, Age in Slow Motion. Her college thesis became Compassion the Ultimate Ethic: An Exploration of Veganism, originally published in 1985 and the first work on vegan philosophy and practice to come from a major publisher.

Cited by VegNews among the Top 10 Contemporary Vegetarian Authors, Victoria appeared twice on The Oprah Winfrey Show and she’s one of the celebrity coaches for PCRM’s 21-Day Vegan Kickstart. Her articles have appeared in Yoga Journal, Mothering, Natural Health, Woman’s Day, Martha Stewart’s Whole Living, VegNews, and Vegetarian Times. Her work has been noted in USA Today, the Chicago Tribune, the Washington Post, Self, Elle, Glamour, Allure, and O, the Oprah Magazine. She was named Vegan of the Year 2012, sharing that honor with male counterpart Michael Greger, MD, and she speaks extensively for vegetarian/vegan festivals, health events, women’s conferences, associations, corporations, and religious groups.

Moran lives with her husband, writer and musician, William Melton, in a LEED-certified green condominium in New York City’s thriving Harlem neighborhood. They’re co-writers of the feature film in pre-production, Miss Liberty, and co-humans to a rescue-dog, Forbes. To keep in touch, please:

Subscribe to the Main Street Vegan Podcast on iTunes

Many more people have thought about becoming vegan than you might think. The reason is that there’s something inside each of us that knows that eating plant-based is much more sustainable and healthy than eating animal-based. On this episode, I’m chatting with a wonderful person who is one of the leading voices in the vegan lifestyle community, Victoria Moran.

Victoria Moran has been sharing her story for many years about how she became vegan after discovering her own food addiction. It was that pivotal moment that inspired her once and for all to pursue a healthier life, which did include her transition to a vegan way of eating and living.

On this episode, Victoria Moran and I talk about many, many important issues that the vegan lifestyle touches on. From the health impact of becoming vegan to the environmental and animal rights issues, you’ll find Victoria not only a zealous advocate of the vegan way of life but also a voice of reason and sanity in the conversation.

If you are considering becoming vegan I encourage you to hear Victoria’s story and the reasons behind her passionate advocacy for the vegan lifestyle. She’s a person who looks at it not only from the standpoint of the data but also from a common sense and compassionate stance. She’s a truly amazing person who is an inspiration in so many ways.

At the end of this episode, I asked my guest, Victoria Moran for 3 simple steps a person could take if they are considering becoming vegan and she gave some of the most practical and simple advice I’ve heard on the subject. I think it’s doable for anyone, even you, so please take the time to listen.