Vegan Food, Vegan Lifestyles, and the Future of Veganism with Victoria Moran- Episode 108 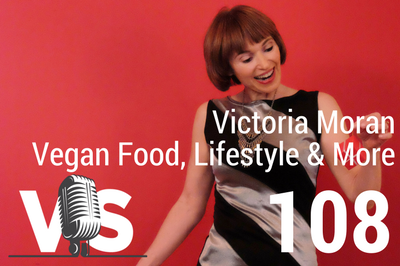 Deborah Vidal welcomes the famous vegan superstar Victoria Moran, who just launched her new book, Main Street Vegan Academy Cookbook and shares her knowledge about veganism as a lifestyle. Enter the amazing world of veganism and transform your life. Listen to this amazing podcast and realize that becoming vegan can be different to many people, choose your way into veganism and enjoy the benefits to your body, as well as caring for animals and our environment.

Here is some information about Victoria Moran. She has been a Main Street Vegan® for 33 years and she currently holds the title of Peta’s Sexiest Vegan Over 50, alongside the 2016/17 male winner, Joel Kahn, MD. Victoria is an obesity survivor, maintaining a 60+-pound weight loss, and She is the bestselling author of twelve books, including Creating a Charmed Life (in 30 languages around the world) and the gentle weight loss classic, The Love-Powered Diet, and the iconic Main Street Vegan. Her latest book is The Good Karma Diet: Eat Gently, Feel Amazing, Age in Slow Motion. Her college thesis became Compassion the Ultimate Ethic: An Exploration of Veganism, originally published in 1985 and the first work on vegan philosophy and practice to come from a major publisher.

Cited by VegNews among the Top 10 Contemporary Vegetarian Authors, Victoria appeared twice on The Oprah Winfrey Show and she’s one of the celebrity coaches for PCRM’s 21-Day Vegan Kickstart. Her articles have appeared in Yoga Journal, Mothering, Natural Health, Woman’s Day, Martha Stewart’s Whole Living, VegNews, and Vegetarian Times. Her work has been noted in USA Today, the Chicago Tribune, the Washington Post, Self, Elle, Glamour, Allure, and O, the Oprah Magazine. She was named Vegan of the Year 2012, sharing that honor with male counterpart Michael Greger, MD, and she speaks extensively for vegetarian/vegan festivals, health events, women’s conferences, associations, corporations, and religious groups.

Moran lives with her husband, writer and musician William Melton, in a LEED-certified green condominium in New York City’s thriving Harlem neighborhood. They’re co-writers of the feature film in pre-production, Miss Liberty, and co-humans to a rescue dog, Forbes.

Outline of This Great Episode

[29:16] Vegan is a life choice upon which you make dietary choices.

[45:23] Fat and sugar together are what people consume.

[52:42] The denomination “vegan” has lots of prejudgements.

[58:11] Veganism is not something you can just convince someone into.

[1:11:34] The three biggest things Victoria has learned from her podcast.

Mentioned In This Episode

Vidal thanks you for using her banner for your shopping.

Main Street Vegan Academy Cookbook: Over 100 Plant-Sourced Recipes Plus Practical Tips for the Healthiest, Most Compassionate You, by Victoria Moran and JL Fields

Learn more about Victoria Moran and her projects.