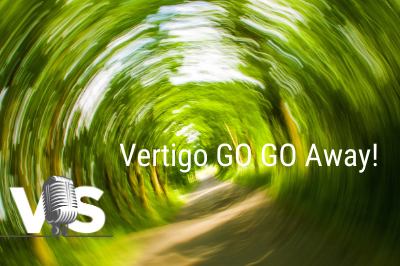 It is really important to know there are many causes of Vertigo. I believe many are suffering unnecessarily due to the fact they have no idea WHY they got vertigo to begin with.

Some of the known causes are:

So let’s break it down and try to make a complex subject easy.

First, you need to know that vertigo can be caused by 2 different systems and that it is not always a problem in your ears. Those 2 systems are called Peripheral and Central.  The peripheral system includes the vestibular system inside your ear AND the central system involves the brainstem or the cerebellum. Both are pathways to the brainstem.

Let’s talk about the Vestibular System first. There are 3 kinds of vertigo that stem from a disruption in our vestibular system.

This is caused by crystals of calcium carbonate that get displaced into the canals. They are called OTOCONIA’s. The crystals disrupt the normal function of the canals and when displaces certain movements cause vertigo, hence the name positional. When you are still then you are fine. Symptoms can last a few weeks & require a special maneuver to get them out of the canal. They can reoccur because these hairs are calcified and easily break off and fall into the canal. You must work on calcium malassimilation because as long as this is a problem you can keep getting more calcium rocks or the little hairs that become calcified and break off falling into the canal, which will cause again another vertigo.

These crystals can get displaced by:

2. The second vertigo having to do with the vestibular system is called: Meniere’s disease.

This is caused by the lymph in the semicircular canals that are likely too thick from toxic overload and not success in cleaning the lymphatic system, which then causes a higher pressure that disrupts sensory signals. Signs your vertigo may be Meniere’s:

Symptoms are not worse from movement so they are not positional.

The 3rd kind of vertigo is called Vestibular Neuritis

This vertigo is caused by inflammation of the vestibular nerve often thought to be caused by a virus. It can last weeks until the virus resolves. It can also be caused by:

Ok now let’s talk about vertigo from the other system called the Central system which remember includes the brainstem and cerebellum, not the ear.

Any pathology or illness that affects the brainstem or cerebellum can disrupt the signals from the vestibular system and cause vertigo, but the most common pathology is:

One thing in common with all vertigo caused the Central system that we just mentioned is that it is not caused by any special movements like vertigo caused by the vestibular system which is more positional vertigo.

Now, most would tell you that is all the causes of vertigo from a Central disturbance.. but there is one big cause missing and I promise you no doctor will ever talk about this as they don’t know about it.

This kind of vertigo accounts for many misdiagnoses as doctors don’t have an idea about this atlas misalignment since they are not taught this in medical school.

There are a few different atlas specialized chiropractic techniques. They are:

Not all of them do it the same but since there are not so many Upper Cervical chiropractors in the world if you can find anyone using the above techniques I am pretty sure you will fix your vertigo as I did ASAP.

Get up carefully. First roll over and wait, then sit up and wait, then stand up and hold on to someone or something and wait. If all feels stable then you can walk. Once you are without symptoms for some months you begin to get your confidence back. Technically if you keep your atlas in alignment with follow-ups you would be free of vertigo forever!

For calcium rocks, you should consider:

Listen to the whole episode I did as a meSPEAKS on my podcast by clicking on the image below.

meSPEAKS – Vertigo …. GO GO AWAY! Life Changing Info On How To Rid Your Vertigo!